Some Lipsey’s Exclusive guns happen fairly fast, but this Shopkeeper took some time.

The Bearcat Shopkeeper is one gun that had been on the drawing table for several years. It all started with a visit to one of our biggest and most loyal dealers in Alabama. I was talking to one of their store managers, who is a true sixgun connoisseur, when he mentioned his Bearcat he had sent off for some custom work just showed up and wanted to know if I would like to see it. Naturally, whatever else we were talking about was put on hold until we could check it out properly.

He showed me a beautiful little 3″ barreled Ruger Bearcat that I just couldn’t put down. We both agreed a Shopkeeper version would make for a great Lipsey’s Exclusive, and after talking to Ruger, they agreed to take a look at it. The little custom Bearcat was sent up to Ruger so they could check it out and they agreed it would be a great project, however, Bearcat production was already tapped out with the regular models.

“This is one of those guns that once you put it in your hands, you will have to get one.” – Jason Cloessner (Lipsey’s)

One feature that stuck in my head was the regular square butt on the standard model with the shorter barrel reminded me of the old S&W J-Frames that had 2″ barrels and square butts. They just didn’t look quite right. So we went out on a limb and asked Ruger if they could produce a round butt or birdshead type frame to go along with the 3″ barrel. In addition to the 3″ barrel and birdshead gripframe, we had to use a couple of other unique features to make it all work.

Due to the short barrel, Ruger had to use a “button head” cylinder pin and a crescent shape ejector rod so that the spent cases could easily be extracted from the cylinder. Ruger is also using a steel ejector rod housing that matches the rest of the gun. In my opinion, it looks better than the aluminum one used on the standard Bearcats. 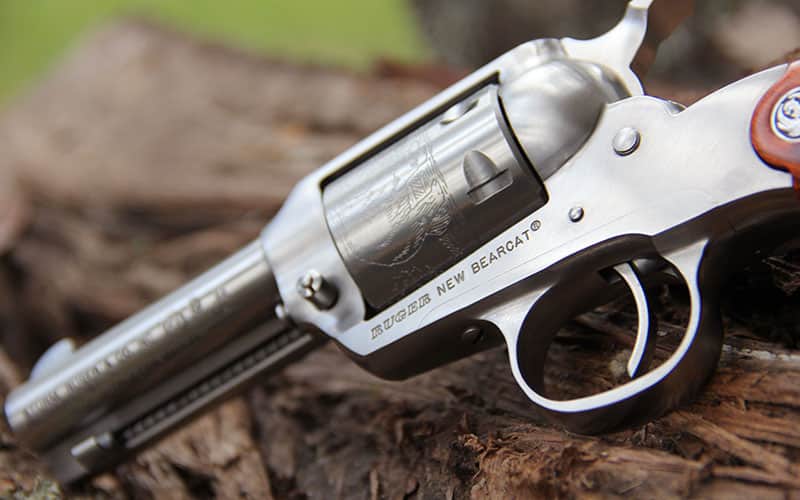