Baton Rouge, La.—Lipsey’s, a nationally renowned firearms distributor, begins the month of February with the promotion of Senior Vice President & General Manager, Flint Virgets, to the position of President.


Lipsey’s most dedicated and longest tenured employee, Flint Virgets, will now serve as the President of the company effective immediately. Laurie Lipsey Aronson will retain the position of CEO and now Chairwoman,  while Founder, Richard Lipsey, remains the patriarch of the organization.


Flint began his career with Lipsey’s nearly 33 years ago and has served in multiple positions including customer service, sales management, buyer, and most recently Senior Vice President & General Manager. A role in which he served with enthusiasm for nearly 20 years. Most importantly, Flint is looked upon as a mentor within Lipsey’s putting in countless hours of support, training, and leadership. Known for bringing people together, Flint is a master facilitator and has cultivated invaluable relationships on every level of the industry.


Laurie Lipsey Aronson was excited to announce the news during Lipsey’s February company meeting. “This well-deserved leadership promotion was an easy decision and we are all very proud of Flint and his nearly 33 years with us. He has always been like a family member to both Richard and me. I’m sure his father, Warren Virgets, who was also with our company for over 30 years, is smiling down on Flint as well.”


Met by company-wide applause, Flint reflected on the team being the key ingredient to success. “I’m so fortunate to work with such a great assembly of talent. I look forward to carrying on the can-do spirit of our organization. I feel like we’ve established a recipe that sets us apart in the industry and I’m thankful for every moment I’ve been here to witness it.”


Located in Baton Rouge, Lipsey’s formed initially as a wholesale hunting and fishing distributor in 1953. Today, Lipsey’s is one of the largest independently owned firearms distributors in the country, offering a full catalog of firearms, NFA items, and accessories. With a committed focus on relationships, Lipsey’s provides value to federally licensed dealers and the industry’s top manufacturers. The “AIM HIGHER” company motto focuses on innovative product development, distribution, and dedication to family, community, and industry. 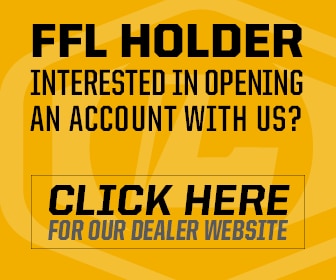 Over the past three decades, Lipsey’s position in the firearms industry has steadily risen to become one of the top firearms distributors in the country. Today, the company leads the market in the collaboration and distribution of exclusive firearms.

With a committed focus on relationships, Lipsey’s provides value and innovation to federally licensed firearms dealers and the industry’s top manufacturers.